Coaching Situation #1: Do I Coach Them or Train Them? by Keith Rosen

by Keith Rosen on October 15, 2009 with 2 comments Executive Coaching

When coaching someone, The Gap is the space that exists between where the client is today and where they want or need to be. The question is, what exactly do you use to fill in this gap? 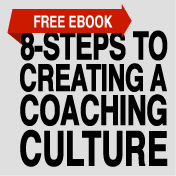 Part of the reason why identifying the gap is such a critical starting point in coaching is this; you must first determine whether the issue at hand is, in fact, a training issue, a coaching issue or an advising or consulting issue. If you have a salesperson that’s never been trained in the art and discipline of selling, then how can you coach them? In essence, The Gap in this scenario is the lack or absence of a personal selling foundation and core ideology which training would have provided this person.

As such, a solution to this situation and what you would fill into this Gap initially would call for a training component first before coaching can come into play. After all, there’s a clear difference between training, coaching and consulting. For example, training and consulting often provide solutions, offer answers or show you how to play the game. Coaching is then used to refine your game, challenge your thinking and remove any obstacles. That’s why it’s so critical to be able to identify when it’s suitable to use each of these distinct approaches to professional development, continuous learning and ultimately, when building an exceptional team.

In the following three scenarios outlined over the next three blogs, I’ve identified when each competency and approach would be appropriate by first recognizing The Gap that you need to uncover and assess in every coaching situation.

Tim, a rookie salesperson has been hired to generate appointments on the phone for the outside sales team.

Since this is Tim’s first sales job, he’s never cold-called before nor has Tim ever been trained in how to cold-call effectively. Therefore, the gap is the training, skills, knowledge, as well as step-by-step tactical approach and dialogue that he needs to perform his jobs effectively.

This is a training solution, because Tim first needs to develop some strong habits to solidify a healthy foundation on which he can build. Learning how to do something for the first time such as selling or cold-calling is not coaching but training, consulting, or advising. Tim needs to be shown best practices, the how-to’s, and the mechanics of selling and cold calling as well as the philosophy behind them.

Coaching Situation #2: When Do I Coach My People?

Coaching Situation #3: When Can I Give Them the Answer?