Do you really know the difference between your superstars and your underperformers? They received the same training and support. When you look at the reports, CRM and activity, it appears they’re all doing the same thing; so where’s the disconnect? Identifying the unique, developmental opportunities for each of your directs requires a human touch and a keen, observant eye. 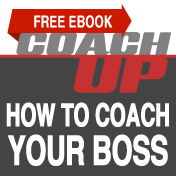 Enhanced Video Transcript:  This is a video clip from a keynote Keith Rosen delivered in March of 2014 to an audience of approximately 700 sales managers from around the world.

How do you assess the talent on your team?

Well, here’s something to put in front of your line of vision.

People cannot change what they do not see.

To truly develop champions, you need to make a fundamental shift from being a spreadsheet manager to being a people manager.

You’re not going to get that answer from your data.

You’re only going to uncover the real truth if you’re truly taking the time to observe your people and uncover how they’re doing things.

Think about sports. When the players are playing the game, they’re not self-diagnosing in the middle of the game. They’re playing to win. And so are salespeople.

That’s why every professional athlete has a coach both on and off the field. And where does the coach stand during the game? They stand on the sidelines. Why? Because people cannot change what they do not see. The coach is there to be that other set of eyes. To see the things that the player can’t see when they’re in the middle of the game; the opportunities to continually refine your skills and better you very best.

This holds true for selling, as well.

So, the good news for managers is, you don’t have to be better than your direct reports at their job. You just have to be really good at observation.